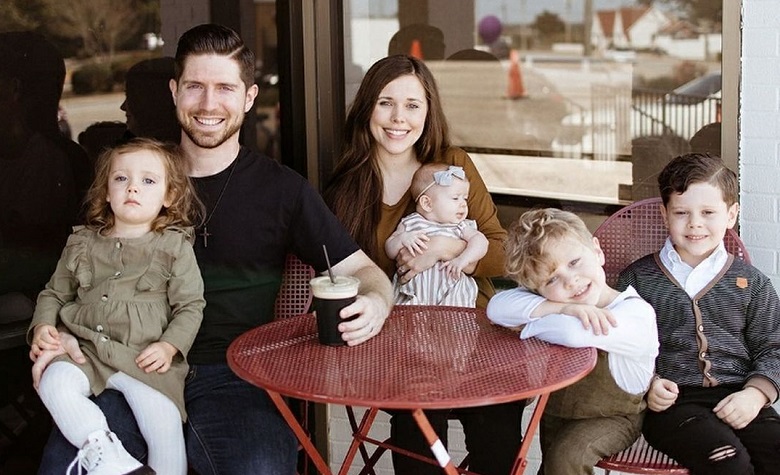 Counting On star Jessa Duggar loves to share wholesome updates with her kids, especially since Fern’s arrival to the family. Fans are also impressed by how Jessa was able to have so much strength in taking care of her four little kids. Now, Jessa is back to share another update with her kids. This time, Jessa shares her first time shopping with all of them. Jessa also shared a video of her showing off her new indoor plants.

In a social media post, Counting On star Jessa Duggar shared a picture of her with her four kids as they go out shopping. “That feeling you get when you have a new baby, and you finally work up the courage to forgo grocery delivery for once and take the whole gang to the store ON YOUR OWN for the first time,” Jessa captioned. Jessa also said that she’s surprised that she was able to purchase everything from her shopping list. Moments later, fans took Jessa’s comment section to praise her bravery and dedication to stay energized for her kids. “Super momma,” one fan said. “Way to go Jessa! You did it!!” another fan added.

Aside from sharing updates about her kids, Counting On star Jessa Duggar also took YouTube to share an update about her indoor plants. According to Jessa, she saw some beautiful indoor plants during her shopping day with her four kids and she didn’t waste any time purchasing them. Jessa also shared several clips of her new indoor plants. Jessa has been in love with indoor plants for a long time. Fans also think that she’s one of the main reasons why some of her sisters such as Jana Duggar and Jill Duggar started taking care of plants.

In a social media post, Counting On star Jessa Duggar shared sweet pictures from her anniversary date with Ben Seewald. “Anniversary date with my most favorite person in the whole wide world! Happy 7 years, Love!” Jessa captioned. The two also brought Fern with them. Fans also think that Fern looks a lot like her father. “Fern looks so much like her daddy!! Beautiful kiddos,” one fan said.

It’s clear to see that Jessa and Ben have been living their best lives despite TLC canceling their show. Fans also think that Jessa has become more open since Fern’s arrival. Meanwhile, fans are hoping that TLC would give Jessa her own spinoff where she can share her daily life and showcase her crafty skills.