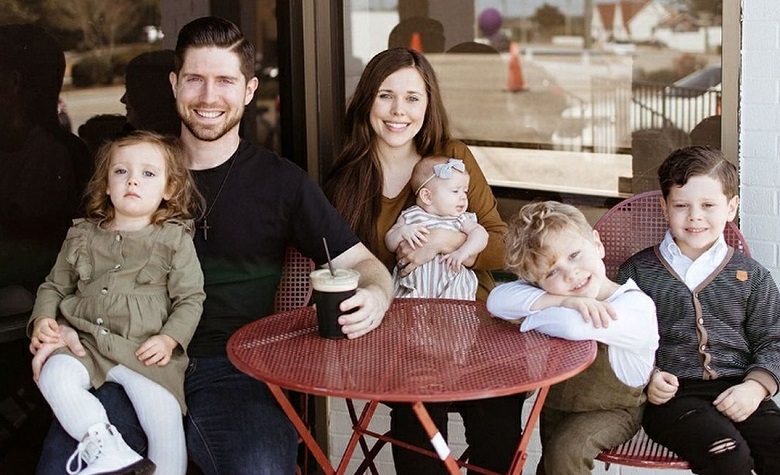 Counting On star Jessa Duggar has been keeping in touch with the fans since giving birth to her fourth child, Fern. Apparently, fans thought that she’d keep things private similar to her sister, Jinger Duggar. Instead, Jessa has been leaving the fans in awe by frequently sharing wholesome pictures of Fern. Now, Jessa is back to share another picture of Fern. This time, it’s about her sweet bonding moment with her big sister, Ivy.

In a social media post, Counting On star Jessa Duggar shared a sweet picture of her daughters, Fern and Ivy. “Matching sister dresses call for a pic!” Jessa captioned. It’s clear to see how Ivy loves her little sister so much. At one point, Jessa revealed that Ivy won’t let anyone take Fern from her. Ivy even practiced rocking a baby by using a baby doll when Jessa was still pregnant with Fern. Fans took to Jessa’s comment section to praise the sisterly love between the two. “You’ve got to bit kidding me. This is too much cuteness,” one fan said. “Oh the sweetness in those smiles! God Bless you Jessa and your beautiful family,” another fan added.

Fern Bonds With Her Grandmother

In a social media post, Counting On star Ben Seewald shared a wholesome clip from his bonding time with his son, Spurgeon. Apparently, the two visited a restaurant to try a delicious pancake. “Saturday mornings are great because it means a breakfast date with one of my kids!” Ben captioned. Moments later, fans praised Ben for his parenting. “Good memory making, keep it going!” one fan said. “This is so sweet!” another fan added.

It’s clear to see that Ben and Jessa love their kids so much. However, fans are wondering, are they already thinking about baby number 5?