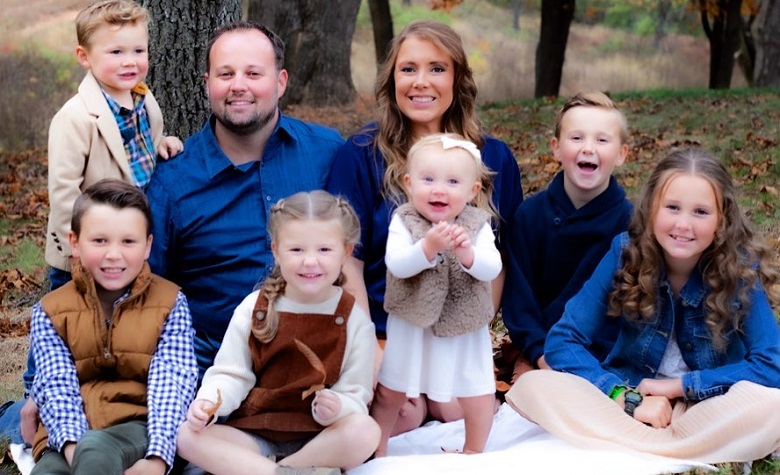 Counting On star Anna Duggar walks out with Josh Duggar in an Arkansas federal courtroom after experiencing defeat. However, despite failing to defend their charges, the two remained smiling in front of the cameras. Fans are also surprised after seeing Anna after a long time. It also appears that she’s about to give birth anytime soon. Meanwhile, fans are wondering if Anna is still in a feud with the Duggars and believes that her husband is innocent.

Counting On: Josh Duggar and Anna Duggar All Smiles In The Face Of Adversity

Counting On fans from Reddit shared a picture of Josh Duggar and Anna Duggar walking out of an Arkansas federal courtroom. According to reports, Josh’s team struggled to defend his case in the courtroom. Reports also claimed that the judge dismissed four out of five motions of Josh’s team to dismiss his case. However, despite failing to defend his case, Josh and Anna walked out of the courtroom with big smiles on their face, showing no signs of worries.

Fans Wonder If Anna Really Thinks Her Husband Is Innocent

Counting On star Anna Duggar caught a lot of attention after showing full support to her husband despite his case. Reports also claimed that she’s pointing fingers at her in-laws, Jim Bob Duggar and Michelle Duggar, for how they handled Josh’s arrest. Due to this, fans took Reddit to discuss if Anna really thinks that her husband is innocent. “Do you think Anna truly believes he is totally innocent of these charges and it was someone else at the lot or he was “set up” somehow?” one person said. Meanwhile, some think that Anna’s religion may have affected her mindset about believing in such sinful things. “The people in her religious circle are “good people.” And good, god-fearing people don’t do things like this. So there’s no doubt in her mind that he’s innocent,” one person said.

Counting On: When Will Anna Duggar Give Birth?

Counting On star Anna Duggar previously revealed that she’s due in Fall. Due to this, it’s only a matter of time before Anna gives birth to her seventh child. Anna also revealed that they’re having a baby girl. At this point, Anna has yet to share the name of her upcoming baby. However, fans think that Anna will keep things private for a while due to her rumored estrangement from the Duggars.

According to reports, has been staying with Josh’s guardians with their kids, which fuels the rumors that she’s feuding with the Duggars. Due to this, it’s safe to say that Jim Bob Duggar and Michelle Duggar won’t be sharing any updates for Anna when she gives birth.