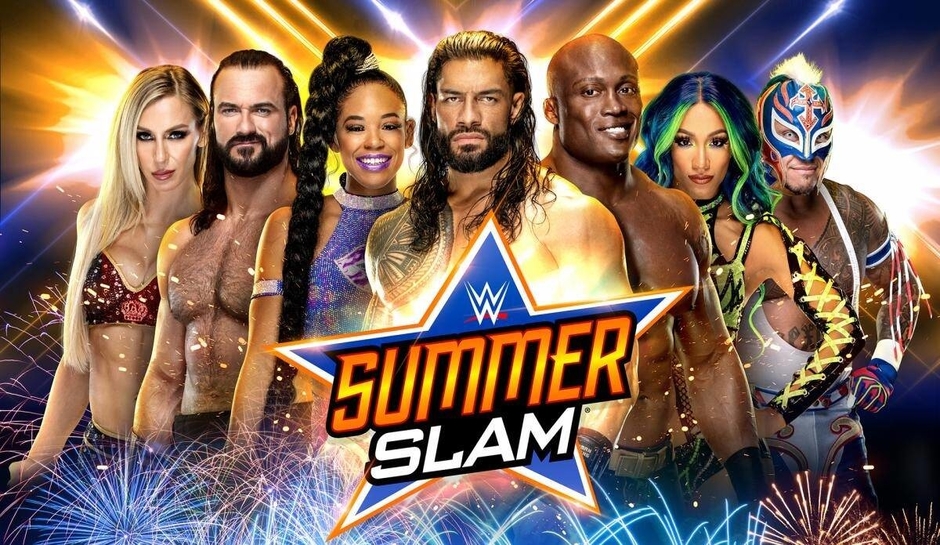 Since 1988, WWE Summerslam has been the second biggest WWE event after Wrestlemania. With crowds now back after the COVID-impacted 2020, Summerslam is expected to draw a massive crowd on August 21. Taking place at Allegiant Stadium in Las Vegas, nearly 60,000 fans will back the stadium to witness the historic event. The main card will start at 8 p.m. EST with the kick-off show getting started at 7 p.m. Eight matches have been confirmed so far, with a 9th possibly being added. The rumored 9th match would be for the WWE Raw Tag Team Titles. Champions AJ Styles and Omos could defend against RKO, Randy Orton and Riddle.

Universal Title: Roman Reigns (c) vs John Cena
John Cena made his WWE return last month at the Money in the Bank PPV. Cena got into the face of Reigns and a match was quickly made between the two men. While the idea of Cena becoming a 17-time champion is intriguing, it seems unlikely considering the historic run that Reigns is currently on. PREDICTION: Roman Reigns

WWE Title: Bobby Lashley (c) vs Goldberg
Bill Goldberg made yet another return to the WWE last month, this time issuing a challenge to Bobby Lashley for the WWE Title. While Goldberg is still entertaining in spurts, he’s extremely limited and has proven to have diminishing returns as an attraction. The Vegas money is on Lashley retaining. PREDICTION: Bobby Lashley

WWE Raw Women’s Title: Nikki A.S.H (c) vs Charlotte Flair vs Rhea Ripley
Charlotte Flair and Rhea Ripley were trading the title until Nikki A.S.H. cashed in her MITB contract just one night after winning it at the PPV. Since that, Charolotte and Ripley have been each other’s biggest obstacle and downfall. With both women unable to focus, it looks like the WWE will ride Nikki’s popularity to another win. PREDICTION: Nikki A.S.H.

WWE Summerslam: Best of the Rest