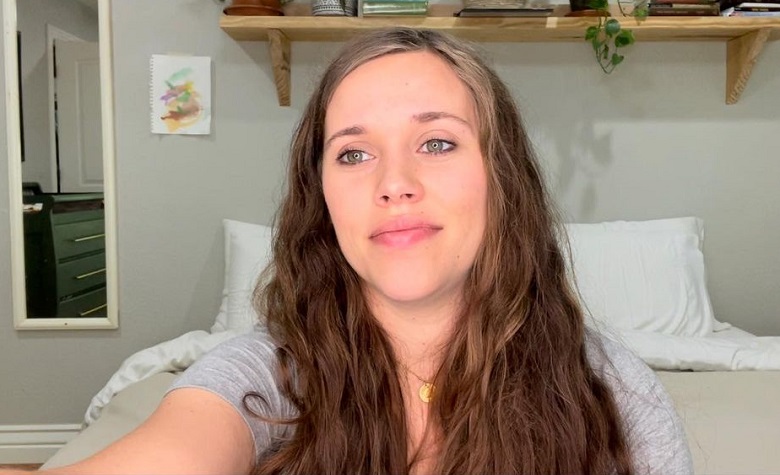 Counting On star Jessa Duggar has been sharing pictures of her kids on social media lately. Apparently, fans noticed that Jessa hasn’t been sharing pictures of herself during her pregnancy. However, fans saw her during the Duggar family’s reunion on Father’s Day with a huge baby bump. Now, Jessa took social media to finally share pictures of herself as she enters her third trimester. Aside from that, Jessa also shared how she makes herself comfortable, especially when lying in the bed. Meanwhile, Jessa shared how her husband, Ben Seewald, and her son, Spurgeon, take things seriously when it comes to playing a board game.

Counting On: Jessa Duggar Shares Rare Pictures Of Herself

In a social media post, Counting On star Jessa Duggar shared rare pictures of herself as she enters her third trimester. “Third trimester definitely has me in nesting mode getting every last thing in order for the new arrival!” Jessa captioned. “Also, soaking up and enjoying every last moment as a family of 5,” she added. After that, Jessa opened up about how she keeps herself in a comfortable state during her pregnancy. According to Jessa, she’s been picky when it comes to pillows. Due to this, she decided to partner up with a high-quality pillow brand, and it’s been helping her and her husband, Ben Seewald, to get better sleep.

After sharing a picture of her, Counting On fans took Jessa Duggar’s comment section to speculate if she’s already planning for a fifth child. “Are you going to keep having kids or is the last one,” one fan commented. “Do you actually want that many kids or do you feel pressured by your faith,” another fan added. Apparently, the Duggars follow strict religious beliefs, and some of them aren’t that common in modern society. One of them is having as many kids as they can have. Meanwhile, Jessa has yet to share the gender of her upcoming child.

Counting On: Jessa Shares Competitive Side Of Ben & Spurgeon

In a social media post, Counting On star Jessa Duggar shared a picture of her husband, Ben Seewald, and her son, Spurgeon, being very competitive in a game of Guess Who. “The littles are napping and @ben_seewald and Spurgeon are keeping me entertained with an intense championship game of Guess Who,” Jessa said. Apparently, Jessa has been sharing her bonding time with her family lately, especially when she entered her last trimester.

’90 Day Fiance’: Jovi Dufren Gave Out 1,500 Meals To His Hometown
Laura Loomer Is Learning What’s Worse Than Bad Fajitas
‘Sister Wives’: Meri Brown Says She’s Grateful To Have ‘Another Chance’
Meri Brown Doesn’t Want Kody To Give Up Despite Their Situation
‘Counting On’: The Duggars In Awkward Silence During Michelle’s Birthday