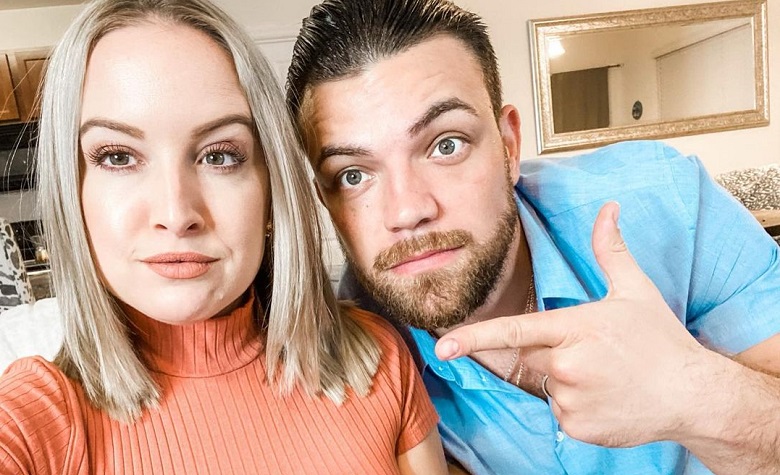 90 Day Fiance star Andrei Castravet has been in a feud with Elizabeth Potthast’s family throughout the years. However, fans think that it will stay that way for quite some time. Apparently, viewers think that Andrei’s combative personality towards the Potthast family will remain the same for years to come, especially that Elizabeth backed him up most of the time. Two of the main reasons for Andre’s feud with Elizabeth’s family are money and work.

Apparently, Andrei mostly relies on Elizabeth’s father, Chuck Potthast, for work and money. However, some of Elizabeth’s siblings think that he’s being abusive and trying to take over the family’s business, which Andrei doesn’t deny.

90 Day Fiance fans believe that Andrei Castravet won’t ever make peace with the Potthast family. Fans also find it odd that Andrei doesn’t like Elizabeth Potthast’s family despite relying so much on her father. However, Andrei has been hated since his first arrival in the family. Due to this, fans think that he feels the same way for Elizabeth’s family, especially her siblings. Apparently, one of the main reasons for his feud with the Potthast was his inability to find a stable job. Apparently, Andrei did not work for three years. According to him, he wanted to be a real estate agent. Due to this, he tried to loan $100,000 to Chuck Potthast for starting money.

However, he was rejected by Chuck. After that, Andrei decided to join the family’s business, which led to more tension between Andrei and Elizabeth’s siblings, Charlie and Becky. Elizabeth tried to defend her husband to the point where she had a physical fight with Becky. Since then, fans think that Elizabeth’s siblings won’t cool down from her and Andrei anytime soon.

During one of their episodes in 90 Day Fiance: Happily Ever After?, Andrei Castravet showed his hatred towards Elizabeth Potthast’s siblings. At one point, Andrei said that Elizabeth’s siblings are greedy. According to Andrei, all of them took from Chuck but never shared the wealth with him. Andrei also believes that Elizabeth’s siblings are afraid of him taking over the family’s company. He also thinks that there’s a high possibility that he’ll take over at some point. Due to this, fans can expect longer feuds inside the family, especially now that Andrei thinks that he can take over the business.

90 Day Fiance: Fans Think Andrei & Charlie Won’t Ever Get Along

90 Day Fiance fans have seen how Andrei Castravet and Charlie Potthast hated each other. According to some, Andrei and Charlie are both arrogant, stubborn, and egocentric to get along. Andrei also made it clear that Chuck is the only member of the family who he doesn’t respect and doesn’t want to work with. Andrei also said that he only calms himself up for his wife, Elizabeth Potthast as she might get estranged if the feud continues.