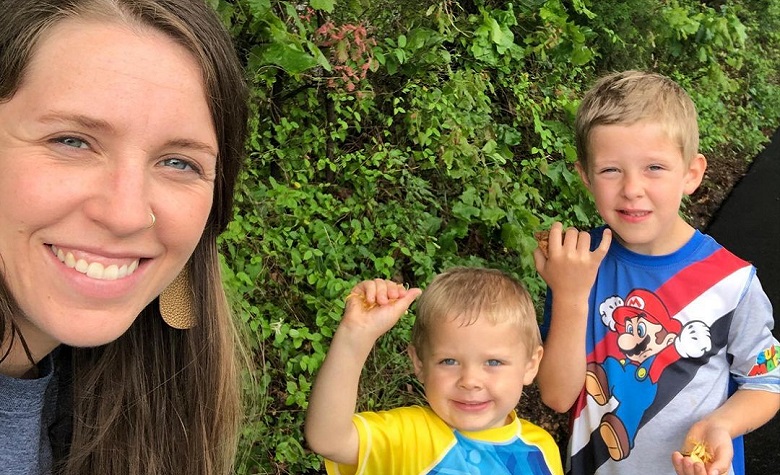 In a social media post, Counting On star Jill Duggar shared a clip of Sam and Israel picking honeysuckles. Apparently, it’s been a hobby of Jill to let her kids pick honeysuckles while they’re walking outside. At one point, Jill shared a clip of her sons picking honeysuckles while raining. Jill also revealed that her dog, Fenna, found a dead snake down the road. Jill also allowed Sam to remove his shirt while they’re walking due to the hot weather.

After that, Jill connected to some of her fans asking about her dog, Fenna. “What kind of dog is Fenna?? We got a Labrottie puppy 2 weeks ago,” one fan asked. “They shelter and vet think she’s #belgianmalinois,” Jill replied. Some fans even told Jill that Fenna’s breed is often used as police dogs.

Counting On star Jill Duggar also shared Derick Dillard and Israel’s morning exercise. Apparently, Israel joined his father during his morning jogging. Jill and her family have been praised for their healthy lifestyle. Jill also loves gardening like her sisters, Jana Duggar and Jessa Duggar. Jill also went headlines after sharing her summer body while she promotes several swimsuits from a clothing brand.