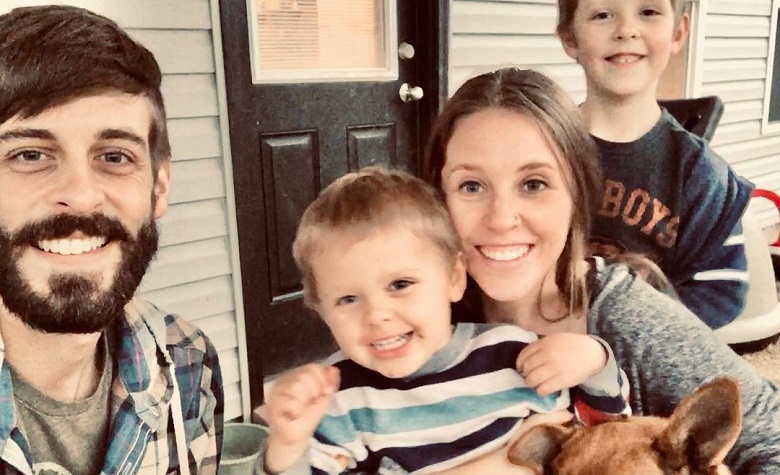 Counting On star Jill Duggar recently went headlines after her thrift store adventures with her kids and her cousin, Amy King. Apparently, Jill bought a lot of clothes for her kids and husband. She also found several high-quality baskets as well as a rare DVD for her kids. Now, Jill just shared a new wholesome story of her kids as she continues to bond with them. Apparently, Israel just finished kindergarten a few weeks ago. Due to this, he’s been bonding with her mother and has been creating good memories with his little brother, Sam.

Counting On: Jill Duggar Shares Proud Moment Of Her Kids

In a social media post, Counting On star Jill Duggar shared a wholesome proud moment of her kids. Apparently, Sam and Israel found a dead mole and put it in a cup. However, the two kids thought that it was a mouse. “It was actually a dead mole and yes, one of these 2 touched it,” Jill said. “Had to snap a pic before throwing it out and scrubbing them up,” she added. Jill has been praised for allowing her kids to do things that she wasn’t able to do back in the days due to the strict parenting of Jim Bob Duggar and Michelle Duggar.

In a social media post, Counting On star Jill Duggar shared a sweet story of her son, Israel, during their recent thrift store adventure. According to Jill, Israel loves to pick things up in the thrift store and starts asking if it fits her size. Jill also said that it melts her heart whenever Israel does that. Due to this, she lets Israel pick up some clothes for her during their thrift store day. Meanwhile, Jill also bought several items for her kids, including a rare DVD copy of the 1961 kids show, Davey and Goliath.

Counting On star Jill Duggar took social media to share a wholesome story of Sam’s plant. According to Jill, she gave a little pot to Sam for him to plant whatever he wants. “He decided to put a bunch of seeds in it from some peppers I’d cut up,” Jill said. “In little time, sprouts started popping up everywhere! We were surprised and he was elated!” she added. Jill also shared a biblical story relating to Sam’s wholesome plant story. “God sees. We may not always understand or see the final result. His timeline isn’t always in line with ours,” Jill said. “We are reminded in Scripture that He is always aware and sometimes He’s working behind the scenes!” she added. At this point, Jill has yet to share new updates about her garden. However, she previously revealed that most of her plants are healthy and growing.