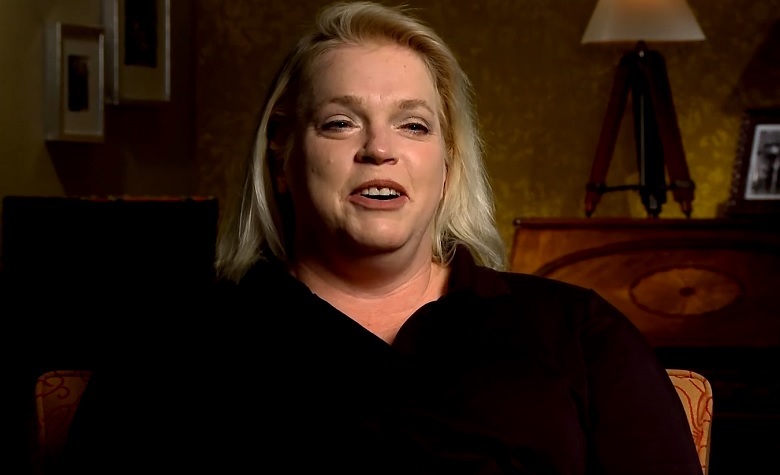 Sister Wives star Janelle Brown has been sharing her healthy lifestyle on social media lately. It appears that Christine Brown inspired Janelle on starting her own weight loss journey. Apparently, Christine has impressed the fans from her weight loss journey throughout the years. Now, Janelle just shared a picture showing huge changes on her face. She also shared one of her secrets on how she’s able to lose weight in a short amount of time. Meanwhile, Janelle also left the fans in awe after sharing a wholesome story about their dog.

In a social media post, Sister Wives star Janelle Brown shared a comparison photo of herself as she continues to lose weight. According to Janelle, fans kept asking her how much weight she had lost since using her product. “And all I can say is, it’s not all about a number on a scale. What if I told you I’ve lost several inches but only down 5lbs or 10 lbs?” Janelle said. “However, when you look at these pictures you can see a noticeable difference on how much inflammation weight is gone,” she added.

Apparently, Janelle has been drinking a diet supplement that’s been helping her with many other things aside from losing weight. According to Janelle, her supplement helps her get more sleep, takes care of skin problems, eases the pain of headaches, and more.

Sister Wives star Janelle Brown loves to share wholesome photos inside her family. Now, Janelle just shared a cute story about their family dog, Obi. According to Janelle, Obi has a hobby of laying on her bed for a few minutes every night. “It was something he did as a puppy and even now the routine continues,” she added. Janelle also said that her son, Gabe, often brings Obi back to her room so he can lay for a few more minutes before they sleep.

Sister Wives: Where Would Janelle Go?

Sister Wives star Janelle Brown has been making headlines after reports claimed that her Flagstaff rental home currently has a pending buyer. According to rumors, Janelle might be planning to leave Kody Brown and the plural family as they continue to struggle in Flagstaff. At this point, Janelle has yet to reveal her plans once her rental home got sold. Kody’s Coyote Pass Project hadn’t even started yet as well. Meanwhile, some fans believe that Janelle will move to a different rental home close to the family.