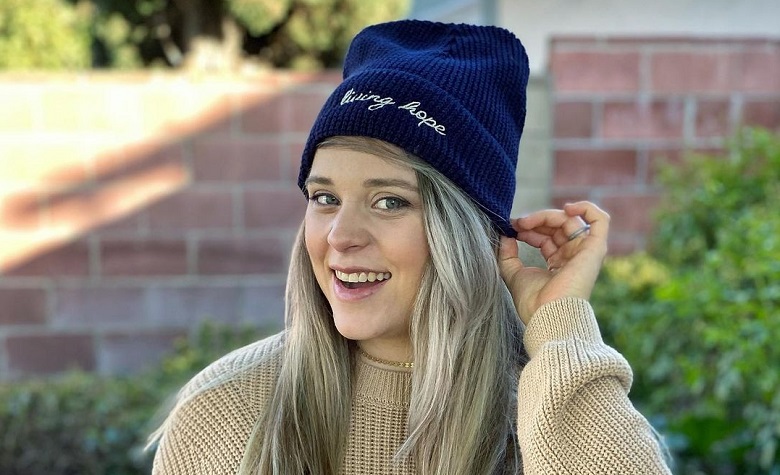 Counting On star Jinger Duggar is preparing for their second book club event, which is set for May 31. However, despite being busy, Jinger never forgets to spend some time with her husband, Jeremy Vuolo. Now, Jeremy shared a new picture of Jinger as they rest for a while after a busy week. Jeremy’s latest post also raised some eyebrows as Jinger seems to show too much of her legs. Apparently, the Duggars follow strict conservative rules. However, it appears that some of Jim Bob Duggar’s daughters are slowly defying the conservative rules and start wearing short shorts and other revealing clothes.

Counting On: Jinger Duggar Shocks Fans After Showing Off Her Legs

In a social media post, Counting On star Jeremy Vuolo shared a picture of his wife, Jinger Duggar sitting on a couch as they rest after a busy week. “Midweek mood,” Jeremy captioned. However, eagle-eyed fans noticed that Jinger is showing off her thighs in the picture. Due to this, some took Reddit to share how shocked they are about seeing Jinger being too revealing. “Whoa – for a daughter of JB and Shelley, that’s a lot of leg,” one fan said. “That’s a lot of thigh!” another fan added.

Counting On fans have seen several Duggar girls defying the family’s strict rules about modesty throughout the years. However, Jill Duggar appears to be the one who fully rejects the idea of only wearing conservative clothes. Apparently, Jill previously went headlines after sharing several photos of herself wearing swimwear. Jill is also notorious for purchasing revealing dresses from her rebellious cousin, Amy King. However, despite neglecting the family’s conservative beliefs, Jill is still allowed to bond with her siblings. Jill recently bonded with her sisters, Joy-Anna Duggar and Jessa Duggar for her belated birthday celebration.

Counting On: Jinger & Jeremy Prepare For Their Next Book Club Event

Counting On stars Jinger Duggar and Jeremy Vuolo are preparing for their next book club event. Apparently, the couple’s book club launch was a success. Jeremy’s parents were also there during the event. At this point, it’s unclear if there’s going to be another special guest on Jinger and Jeremy’s second book club. However, fans are excited about their next meeting with the couple. Meanwhile, Jinger is already encouraging their fans to join their second book club on May 31. According to Jinger, she had fun answering questions live. Due to this, fans can expect more interactions during the second book club.