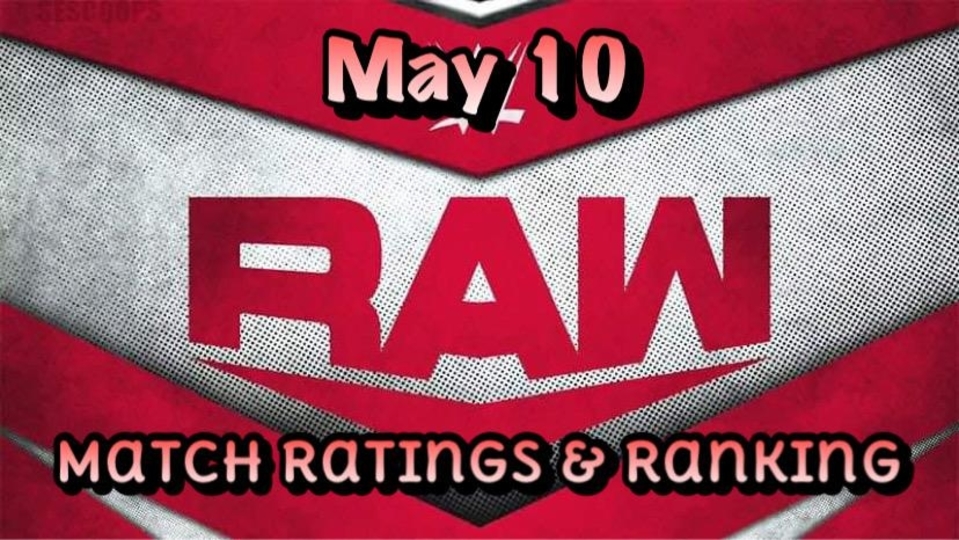 WWE Wrestlemania Backlash is less than a week away and WWE Raw is moving full speed ahead. Bobby Lashley went one-on-one with Drew McIntyre in the main event. Rhea Ripley faced off against Asuka. Jinder Mahal made his return to Raw, while John Morrison and The Miz continued their blunders.

8) Jinder Mahal d. Jeff Hardy
Highlight Moment: Jeff Hardy is able to get off some quick offense to start, but Mahel counters the Twist of Fate with a knee strike before getting the win.

Storyline Progression: It’s just sad seeing Jeff Hardy as basically a jobber at this point. Even with his age, injury, and personal issues history, having him be the fall guy with no story behind it seems like a waste.

Final Analysis: Jinder Mahel makes his return to WWE Raw after a less than stellar return on WWE Main Event last week. A step above a squash so Take a Pass. *

7) Asuka, Mandy Rose, and Dana Brooke d. Charlotte Flair, Nia Jax and Shayna Baszler
Highlight Moment: Alexa Bliss appears on the entrance ramp during the middle of the match. Bliss is swinging on her swing set while noting that she has her eyes on someone in the ring. Asuka gets the win after taking out Nia Jax before putting away Shayna Baszler with a shining wizard.

The win goes to @WWEAsuka.
The last word goes to @MsCharlotteWWE.
The last laugh goes to … @AlexaBliss_WWE & Lilly?#WWERaw pic.twitter.com/gS5EbMj2mC

Storyline Progression: The current state of the WWE Raw women’s division continues to tread water. Nia Jax and Shayna Baszler remain tag champions but have no life to their team. Charolette still feels forced in the middle of all the chaos, while Alex Bliss appears ready to face off with Asuka.

Final Analysis: Generic 6-women tag match that only stood out due to Alexa’s appearance. Take a Pass. *1/2

6) Riddle, Randy Orton and New Day (Xavier Woods and Kofi Kingston) vs. Elias, Jaxon Ryker, AJ Styles, and Omos
Highlight Moment: Omos entered the ring and had his way with Riddle, tossing him around while the Bro bumped all over the ring. The New Day work over AJ Styles on the outside to distract Omos allowing Randy Orton to hit the RKO on Elias for the win.

Storyline Progression: AJ Styles and Omos winning the tag titles at Wrestlemania wasn’t a surprise, but the repetitive booking to match up against The New Day seems like more wasted potential. The team of RKBro, on the other hand, is at least entertaining and could lead to a solid run.

Final Analysis: A pretty standard match that isn’t worth going out of your way to check out, but you can Skim It. **1/4

5) Sheamus d. Humberto Carillo
Highlight Moment: Sheamus’ beat down of Carillo included tossing him over the barricade and into the timekeepers’ area. Back in the ring, Sheamus applied a nice-looking visual of a fishhook to Carillo’s face. The match was called off to give Sheamus the win after Carillo hit a rough-looking sunset flip powerbomb from the apron to the floor and injured his leg.

Storyline Progression: Sheamus has been issuing an open challenge in recent weeks, and Carillo has stepped up to the plate.

Final Analysis: Fun enough match while it last but the ending was awkward. If it was a botch, then hopefully Carillo is OK and can return quickly. Skim It. **1/4

4) Damian Priest d. John Morrison
Highlight Moment: As the match heads to the apron, John Morrison cartwheels to avoid an attack and lands a kick to the face of Damian Priest. Back in the ring, Priest counters a Morrison attempt at a Spanish Fly leaving Johnny Drip Drip to land on his face. Priest was able to get the win after The Miz’s interference backfired.

Storyline Progression: Due to Damian Preist getting the win, he won the right to select the stipulation for his match against The Miz at Wrestlemania Backlash. The break-up of The Miz and Morrison continues to be teased.

Final Analysis: As repetitive and stale of an angle this is becoming, Morrison is crazy athletic and Priest is solid which resulted in a decent enough match. Skim It. **1/2

Storyline Progression: After losing the tag titles and getting kicked out of The Hurt Business, it was only a matter of time before Benjamin and Alexander imploded. With both men coming head to head, it was the veteran that stood his ground.

Final Analysis: This was a lot of fun and made me want to see an extended version of this in the future. Worth a Watch. ***

2) Rhea Ripley d. Asuka
Highlight Moment: As the action heads outside, Ripley attempts an electric chair but Asuka lands on the apron before hitting a hip attack then a modified Shining Wizard. The end comes as Asuka lands a top rope dropkick for a two-count. Ripley then catches Asuka’s hip attack in the corner leading to the Riptide for the win.

Well, look who's here to get a closer look at @WWEAsuka vs. @RheaRipley_WWE…#WWERaw @MsCharlotteWWE pic.twitter.com/0u2v3fQqia

Storyline Progression: Charlotte Flair joined the commentary table as she made it a point to get in the face of both Ripley and Asuka. The triple threat for the WWE Raw Women’s title is full steam ahead.

Final Analysis: Solid match from both women as Ripley has calmed the nerves that led to a botch-filled match on WWE Raw last month. Worth a Watch. ***

1) Drew McIntyre d. Bobby Lashley (disqualification)
Highlight Moment: Hoss fight between two legit good wrestlers in a rematch from Wrestlemania. Lashley retreats to the outside and ends up getting tossed in a nice-looking belly-to-belly suplex. McIntyre fights off a Hurt Lock attempt by Lashley before the champion hits a fishermen’s suplex. McIntyre bounces back with a Claymore before Braun Strowman appears to attack Drew to cause the DQ. After the match, Strowman beat down Lashley.

This #WrestleMania rematch is EXTREMELY physical right off the bat.

Final Analysis: As expected, this was another good match between Drew McIntyre and Bobby Lashley. They won’t overdeliver and give you a match of the year candidate, but they stay in their lane and do what they know works. Worth a Watch. ***1/4

Would Sarah Ferguson Consider Doing ‘Dancing With The Stars?’
‘Sister Wives’: Kody Reportedly Spending All His Time With Robyn
Jessa Duggar Slammed For Homeschooling Kids
‘Counting On’: Fans Question Jessa Ability To Buy Her Own House
‘Counting On’: Jinger Duggar Visited By Her Siblings In Los Angeles