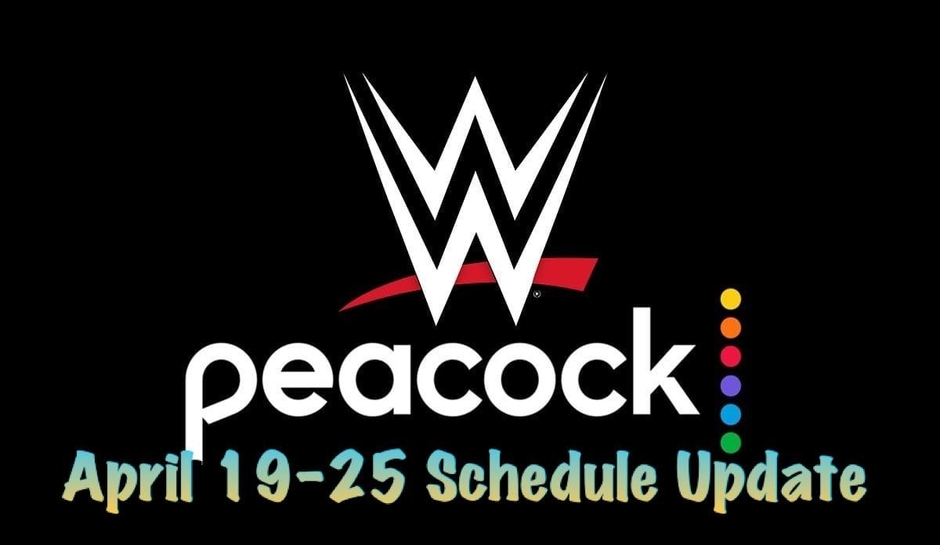 The WWE Network via NBC Peacock just dropped their latest schedule update. For fans of classic WWE action, 10 episodes of WWE Superstars from 1994 will be made available on-demand. The Best of Mankind will also debut looking back at some of Mock Foley’s altered ego. Fans who want the latest action can check out NXT and NXT UK, as well as the post-game shows for Raw and Smackdown.

Streaming this week on @peacockTV in the U.S. and @WWENetwork everywhere else:

Monday, April 19
10 classic episodes of Superstars-
Jump in the WWE time machine and head back to 1994 as 10 episodes of WWE Superstars will be available on the WWE Network. Watch as Hall of Fame talent like Shawn Michaels and The Undertaker lay the groundwork for the New Generation era of the WWE.

Raw Talk – 11:05 p.m. EST
Head over to the WWE Network on Peacock to check out Raw Talk immediately following Monday Night Raw. The WWE Raw post-game show will also be available on the free tier of the network.

Tuesday, April 20
The Best of WWE: Best of Mankind-
Mick Foley made his debut in the WWE back in April 1996 and quickly made an impact by targeting The Undertaker. Under the guise of Mankind, the Hall of Famer put on classic matches in the years that followed. Check out The Best of WWE: Mick Foley, also available on the free tier of the network.

Wednesday, April 21
Monday Night Raw (3/22/21)-
If you missed some of the action on WWE Raw heading into Wrestlemania, the March 22 edition will be available on the free tier of the WWE Network.

WWE’s The Bump – 10 a.m. EST
The WWE talk show The Bump will be joined by a panel and guest as they discuss the happenings in the WWE.

WWE NXT (4/20/21)-
For those who missed the previous night’s NXT on the USA Network, the show will be made available on the WWE Network.

…then there’s @WalterAUT vs. @UNBESIEGBAR_ZAR. ⬇️ (Sound on, trust us.)

Just a reminder, you can watch their #NXTUK Title epic from Oct. 29, 2020 anytime on demand, streaming on @peacockTV in the U.S. and @WWENetwork everywhere else. pic.twitter.com/IkI6aIRwg5

Friday, April 23
205 Live – 10 p.m. EST
After watching Friday Night Smackdown on Fox, fans can switch over to the WWE Network for the best cruiserweight action on 205 Live.

Saturday, April 24
WWE Main Event (4/8/21) –
If your favorite WWE superstar is not seen on WWE Raw or Friday Night Smackdown, there’s a good chance they are tearing it down on WWE Main Event.

Talking Smack-
The Friday Night Smackdown post-game show will drop on Saturday morning as guests and a panel discuss what took place. Talking Smack will also be made available on the free tier of the WWE Network.

Independent Drop-
If you are looking to check out wrestling from outside the WWE Universe, the WWE Network has you covered. ICW Fight Club 168 and PROGRESS Chapter 109: Dreaming in 3D will be made available.

Sunday, April 25
Friday Night SmackDown (3/26/21)-
Check out the March 26 of WWE Smackdown to relive the Road to Wrestlemania.

The most must-see #WWE24 episode drops this Sunday.

WWE 24: The Miz
The newest edition of WWE 24 will debut on Sunday night. The Miz will be given the spotlight as his 2021 has included a run with the WWE Title and a tag match with rapper at Bunny at Wrestlemania.