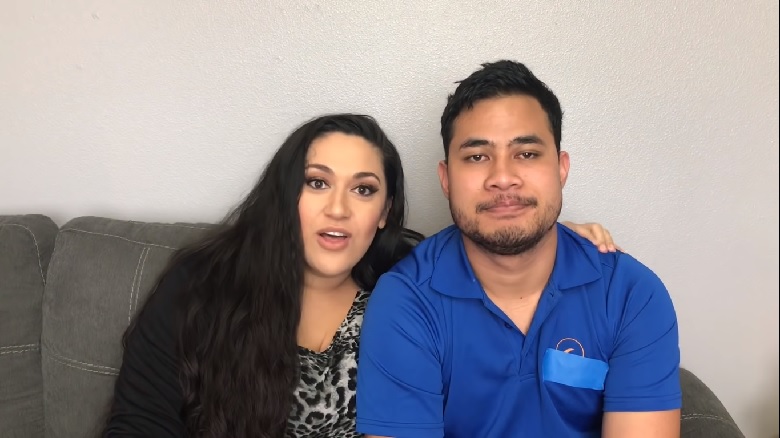 90 Day Fiance couple Asuelu Pulaa and Kalani Faagata experience some hard times while trying to live their life as a little family of four. Asuelu’s mother Lesina and sister Tammy are two of the reasons for the couple’s arguments.

It’s no secret about Asuelu’s mother and sister’s frequent requests to Asuelu – they want money.  However, Kalani’s dad, Low, thinks that Asuelu should stand up to his parents and put a stop to this.

During one of their previous episodes on 90 Day Fiance, Asuelu Pulaa’s parents confronted Kalani Faagata for not supporting them financially. Fans were shocked as Asuelu’s mother Lesina, said that she doesn’t care about their kids and only wants money.

Lesina even asked Kalani to end her relationship with Asuelu if they are not going to financially support them.

Kalani still can’t believe how Asuelu’s mother and sister keep on asking them for money. 90 Day Fiance fans suggest that Asuelu’s parents expected a lot from Asuelu since he’s living in America. Life in the US is very different from Samoa.

However, living in America doesn’t mean that Asuelu is going to be rich instantly. Fans think that this is the point that Asuelu’s parents don’t seem to understand.

They met a counselor which helped them understand their current situation. According to the councilor, Kalani came from a culture where the wife and husband take full responsibility for everything.

On the other hand, Asuelu’s culture is where the man is in charge of everything and the wife takes care of her husband.

The counselor made them understand their cultural difference. However, fans are getting worried about the upcoming meeting of Asuelu and Kalani’s family.

It’s known that Asuelu’s mother and sister were very aggressive on their approach to the couple. This is especially true when it comes to financial support. It seems Kalani’s family are the reasonable ones. They appear to fully understand that the married couple needs to support their kids first.

90 Day Fiance: Will Kalani Faagata’s Dad Straighten Them Up?

In the latest episode of 90 Day Fiance, Kalani Faagata’s father Low starts talking to Asuela about his anger issues. Kalani’s father also mentioned the issues of Asuela’s family. Low also said that Asuelu should stand up for his own family rather than listening to his mother.

Low also mentioned that the way Asuelu’s mother and sister ask for money doesn’t make any sense. Asuelu agreed but Low is still concerned. He is not sure that Asuelu will actually stand up for his wife and kids during their meeting.