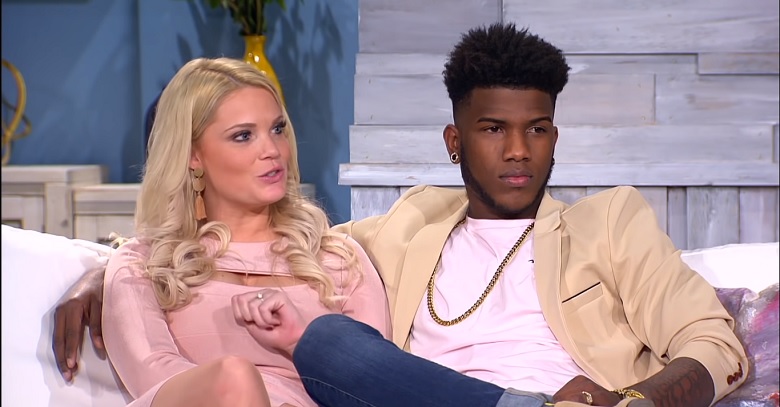 90 Day Fiance star Ashley Martson answered some burning questions from her fans on Instagram. The reality star did not hold back in sharing some intriguing details about the latest happenings in her life with Jay Smith. She also revealed her plans to join the infamous OnlyFans.

In an Instagram post, 90 Day Fiance star Ashley Martson, who goes by Ashley Smith these days, confirmed that she’s interested in making an OnlyFans account. She also said that the other cast members of the show who have an OnlyFans account inspired her to make one. It’s no secret that several cast members of the show have been making a good amount of money from OnlyFans.

However, she pointed out that she won’t be sharing nude photos of herself. Instead, she’s doing hair and makeup tutorials. Ashley Smith also said that she’ll share a few sexy pictures. At this point in time, fans can only wait for Ashley to officially launch her OnlyFans account. It sounds as if this will happen sometime soon.

Despite Ashley Martson and Jay Smith’s multiple divorce attempts, they are now having a better understanding of each other. Fans of the 90 Day Fiance couple are also amazed at how they managed to work things out despite all the problems they had during the show. Like the infamous scene where Ashley finds out Jay took a customer in the bathroom of the tattoo shop, he was working at.

Those who follow Ashley on social media have seen her post pictures and videos with Jay on a regular basis. This is a far cry from when they were at the lowest point of their marriage.

It looks like the couple learned to set aside their differences and are now enjoying each other’s company. Some of the pics even suggest the honeymoon is far from over.

I am so happy I found this self-tanner by @getintothelimelight! This tanner is all natural, smells amazing, and it doesn’t streak at all. The color lasts over a week and I am obsessed with the results, I have the most natural looking tan!! 😍 Join me in keeping our summer tans going strong and shop @getintothelimelight using code ASHLEY for a discount ✨ 10/10 would recommend!!! ❤️

In fact, the TLC reality series couple has been inseparable ever since they announced that they got back together. They also work hand in hand for their future. Both Jay and Ashley Smith stay busy with their business ventures. Jay is currently running his own tattoo shop while Ashley is gearing up to open her own salon.

90 Day Fiance Couple No Plans on Returning to Show

Meanwhile, Ashely confirms that she’s not interested in another season of 90 Day Fiance. She said the show’s poor editing contributed to her decision to steer clear from it for now. Still, she pointed out that she expected such things when she signed up for it.

Ashley Martson also said that the show gave her a lot of haters on social media. She even posted a video of her asking her husband if he’s interested in going back to the show as well.

It’s no secret that Jay and Ashley Smith have been involved in some of the most controversial issues in the history of the show. They also endured serious backlash for quite a while. It’s no wonder they feel indifferent about another round of 90 Day Fiance.