Things are a little turbulent in the United States House of Representatives these days. Perhaps that’s why one GOP congressman recently wrote a letter to a constituent that included one particularly eye-raising comment.

Nebraska representative Don Bacon was contacted by the constituent in regards to Marjorie Taylor Greene. In a letter of response, Bacon first thanked the man for contacting him. He then went on to give a rather generic answer that didn’t actually address Greene specifically. Towards the end of that answer, things took a turn.

“I hope that the 117th Congress will become the assembly that helped unify the country,” the GOP congressman wrote. “We are one nation under God … We as leaders in Congress need to act as representatives of our constituents and defenders of the Constitution. I condemn any divisive actions from elected officials.”

However, after what seemed like a rather boilerplate letter, the next sentence apparently shook the constituent awake.

“I will always support hateful rhetoric,” Bacon wrote before thanking him for the letter.

After reading the letter and apparently being quite confused about the sentence, the constituent posted a PDF of the correspondence on Twitter. He included a rather simple caption.

Unsurprisingly, more than a few people were confounded about that comment.

Others found the situation rather humorous.

Later in the day, the man posted a PDF of another letter that came from the GOP congressman’s office. This one, after having seen what the first said, was quick to blame a typo. The first sentence of the letter said that there was a mistake in its predecessor.

The office then sent the same letter again, only this time changing that one sentence to “I will never support hateful rhetoric.”

GOP Congressman gets egg on his face

Once the followup letter was also posted to social media, people were even more entertained. Many thought the first letter was a joke posted by the Twitter user.

WAIT IS THIS REAL HAHAHAHA

All of this was started because Georgia GOP representative Greene has once again made headlines for comments that many on both sides of the aisle have found to be offensive. The way she has spoken about and to Democratic lawmakers has drawn fire since the day she was elected.

The latest incident involves a video that was deleted off her personal social media channels. It has since been dug up. The video shows a trip to the Capitol building that Greene took in 2019, before she was in congress herself.

Greene is traveling with a man – who later would be part of the January 6 riots – and knocks on Alexandria Ocasio-Cortez’s office door. At one point, Greene yells through the mail slot that the Democratic congressperson’s staff is being cowardly.

It is situations like this that have now unintentionally gotten another GOP congressman slipping up, when trying to discuss it. 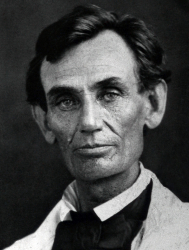