Sister Wives fans anxiously await for Kody Brown, his four wives, and 18 kids to roll out a new season of the popular TLC reality series. It looks like things with the Brown family are a bit different this time around when it comes to filming. It will be interesting to see how the Sister Wives handle their isolation time at home during the pandemic.

It looks like Kody Brown and the Sister Wives series faced a different challenge for the filming of Season 15. It’s hard enough having the family scattered miles apart while attempting to film. But at least before the pandemic, they could all meet up in one place.

Kody Brown reported that he nixed all family gatherings as the pandemic took hold of the nation. But it sounds as if the filming continued for the new season. 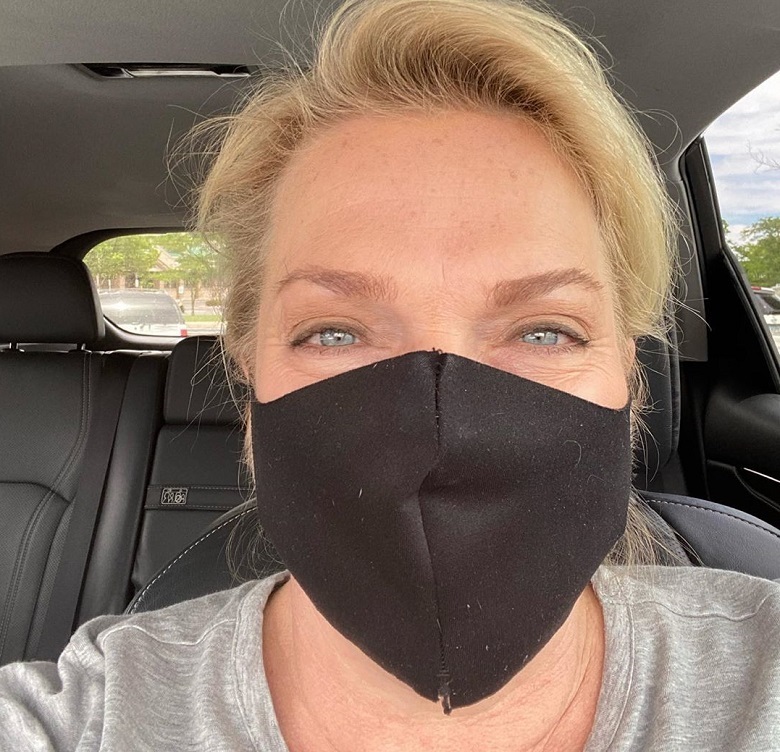 From what the Sister Wives ladies and a few of their grown kids have said they got creative with the filming. Christine Brown said that they film one week on, one week off. She also mentioned the cameras rolled without the crew there.

When the pandemic first took hold, it sounded as if they used cameras without a crew. It seems cameras were placed in the houses and possibly their cars. So, it stands to reason the footage was put together by the editing department at TLC.

But a shoutout to the crew by one of the Sister Wives adult kids offered a clue. It seems to indicate they were around at one time or another. So, it looks as if the TLC reality show will have some of the typical filming done by the camera crew. It sounds like they also have footage from the cameras placed in the Sister Wives homes.

The family doesn’t get together. But the Sister Wives patriarch goes from house to house to visit his wives and kids. So it looks as though they’ll feature a lot about Kody’s interaction with the individual wives and kids.

There’s always the possibility the Sister Wives episodes branch out a bit this next season. They can do this by including some of the adult kids in their own homes. It appears Mykelti Brown and her husband Tony Brown have become very active on social media lately.

When Tony showed up on the Sister Wives show, fans found him interesting. But this young Sister Wives couple disappeared after their wedding. When fans asked “where is Tony,” they were told his job didn’t allow time for filming.

Recently Tony made the announcement that he’s about to start a new chapter in life. He has now joined the growing portion of the workforce who will work from home.

This sounded like a permanent change and not a temporary pandemic move. So, now he’s free from the constraints that once kept him unavailable for the series. Is this a clue suggesting more Tony for Season 15?

Scenes of the wives interacting with each other will probably be at a bare minimum. Although, Janelle and Christine are walking together for exercise. Their social media posts indicate as much.

While nothing official about a new season has come down from TLC, it’s coming. Christine Brown confirmed Season 15 is in the works. When wanting to know when the new season will roll out, you only need to look at the Sister Wives history of season premieres.

When Will Season 15 Premiere?

Traditionally the Sister Wives season premiere is announced about a month or even just weeks before it’s scheduled date. Since this TLC reality show now has 15 seasons under its belt, there’s over a decade of history. So what does the show’s history indicate? It looks like the fans can probably watch the new season sometime in January.

Sister Wives season premieres have come in several different months throughout the years. But some of the other seasons filmed in the same time frame as this new one. In the past when they’ve filmed in the late winter and spring months, January is usually the month for the new season premiere.

The last three season premieres have been in January. But before that, the seasons premiered in several different months throughout the years.

So fans should look for TLC to announce the renewal of Sister Wives probably sometime in December. This should come with a premiere date sometime in January. That is of course if the show’s history is any indication. Another possible factor – delays due to unforeseen roadblocks from the pandemic. But if all falls nicely into place fans should watch for Season 15 to roll out some time at the beginning of next year.