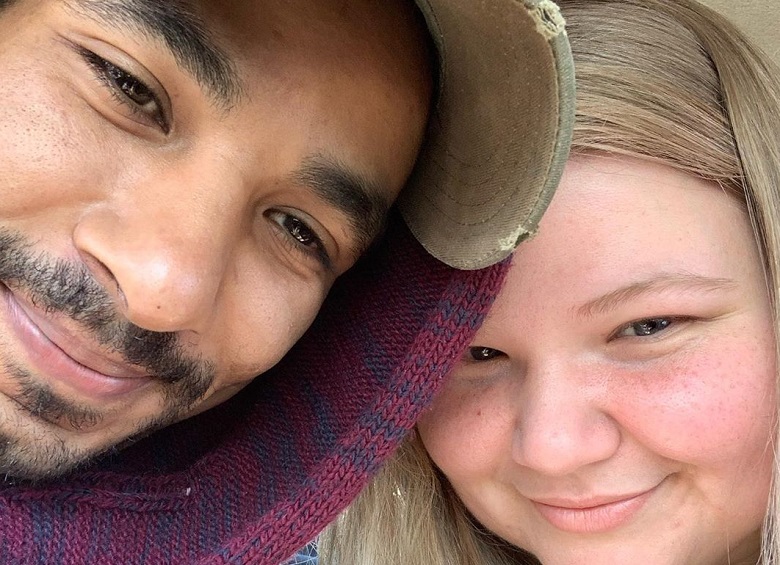 90 Day Fiance star Azan looks like he’s fame’s latest victim when it comes to that swollen head syndrome from the sudden notoriety it awards. He is now selling himself on Cameo videos. His reality star partner has been offering Cameos for a while and now he steps into the arena.

90 Day Fiance: Azan and Nicole Nafziger Plan to Rake It In?

At first, Nicole Nafziger charged $50 for a Cameo. This is within the range of what other 90 Day Fiance stars ask for a price. But it seems she’s doubled her price to match Azan’s donation request for one of these personal videos.

Viewers of the 90 Day Fiance reality series see many their favorite celebs offer up Cameos for a fee. Some of these famous faces price their Cameos as low as $25 or $30 dollars a pop. 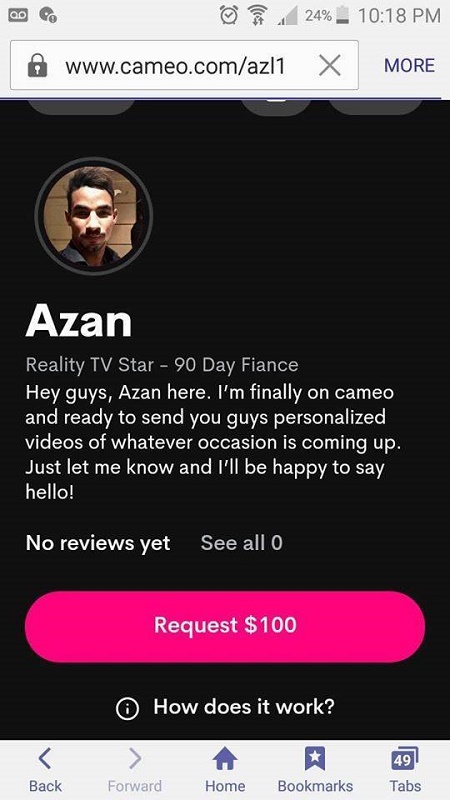 Nicole recently sat on the hot seat as the fans had a bone to pick with her about her time in Morroco with Azan. She went there but left May at home with her mom, or so she said. Then the COVID`19 virus hit and instead of Nicole hopping on one of the last flights to get home to May, she opted to stay. But some of the followers of the series believe she never went and that she just spun a publicity stunt.

Was Nicole Really In Morrocco With Azan?

Money seems at a minimum for this 90 Day Fiance couple. So, wouldn’t you expect Nicole and Azan to offer Cameos together while “stuck” in Morrocco? But today they offer Cameos as solo videos. They might have cleaned up if they did one together but maybe they weren’t together after all.

Azan and Nicole appear to have inflated their self-worth on their celebrity status when it comes to the price for his Cameo video. TLC reality series icons like Darcey Silva only ask $50 for one of these personal videos. 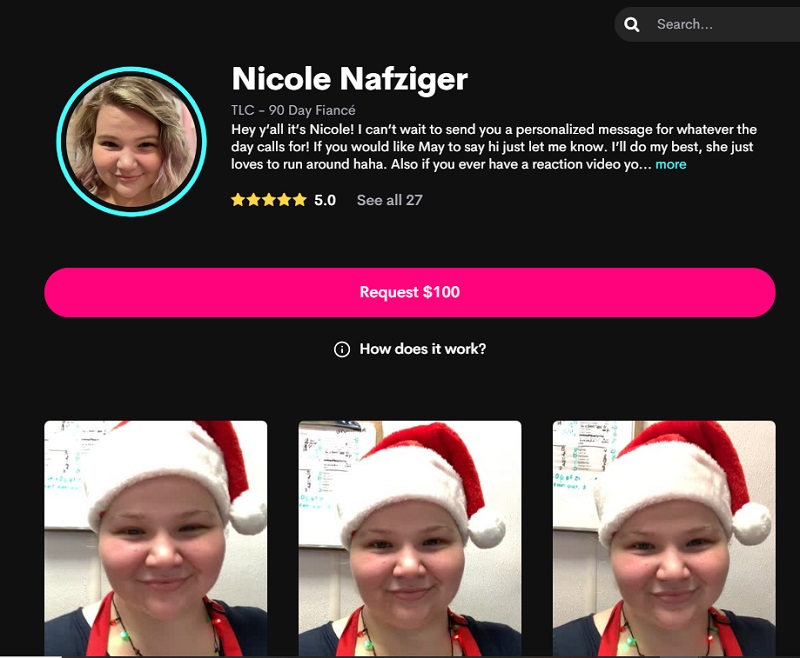 Some long-time TLC stars like Janelle Brown from Sister Wives only ask $30. Mama June: From Not to Hot star, June Shannon asks $45, and Angela Deem, a breakout star from 90 Day Fiance, only requests $65.

Azan and Nicole are pretty pricey, but they’re not the only ones looking for 100 bucks a pop for a Cameo. Larissa, Colt Johnson’s ex from 90 Day Fiance is also asking for $100.

Well, it looks like Azan is the newest member of the Cameo group of stars. Let’s hope for his sake that the fans think his 15-minutes of fame is worth his self-set price tag of one hundred bucks.