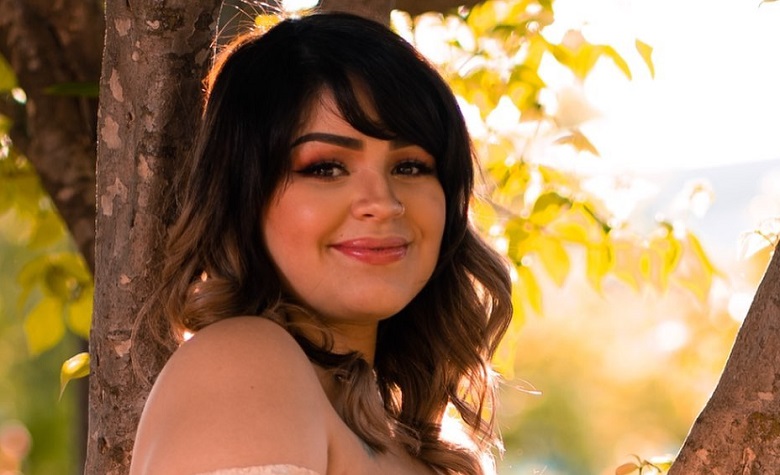 90 Day Fiance alum Tiffany Franco Smith just surfaced online and boy is she looking different today than the last time the audience laid eyes on her. She pushes some sponsored diet drinks but It looks like she put herself on a diet. It all seems to be working for this TLC reality show beauty.

Tiffany started her weight loss journey before the quarantine hit and she did well up to that point. But like the rest of us who rediscovered Little Debbie, Hostess, and Ben & Jerry’s she found dieting a bit daunting while stuck at home.

While she had dropped weight before the virus hit, she put some back on during quarantine. But the 90 Day Fiance alum got right back on track. 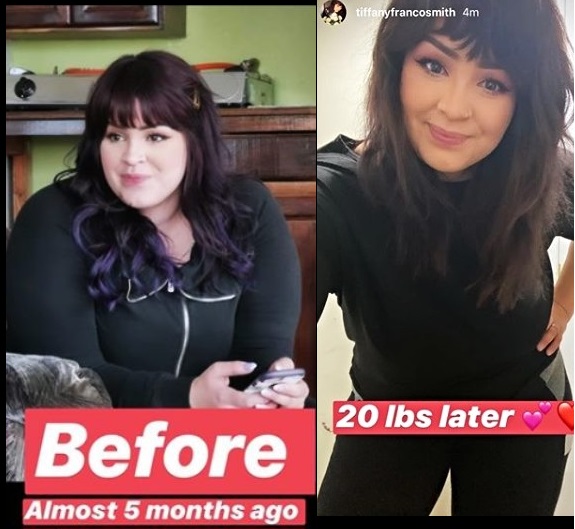 While she posts the photo above that points out she’s “20 lbs” lighter than before, fans disagree with that number. It looks like Tiffany is understating her accomplishment. There’s no way that transformation only entailed 20 lbs coming off, suggests her fans.

She almost looks half the size that she once was, according to some eagle eye followers of the 90 Day Fiance beauty. Even at her heaviest on screen fans couldn’t help but comment on how gorgeous she is.

Tiffany doesn’t need to work on her looks with tons of makeup as she’s a natural beauty. This TLC reality series cast member caught the fans’ attention when she uprooted herself and her nine-year-old son to move to South Africa as one of the cast members of 90 Day Fiance: The Other Way.

She married her long-distance love, Ronald Smith who comes from that country. Then they had a baby daughter together. It didn’t last that long for Tiffany in South Africa.

Tiffany moved back to the US. Reports indicate it was due to the safety concerns for her son that prompted her to leave in South Africa. Tiffany worked on relocating Roland to the US. But at the beginning of this year, that came to a screeching halt.

This 90 Day Fiance couple took to their individual Instagram accounts to announce they filed for divorce. Tiffany said there’s no chance of a reconciliation and their decision is final. She wrote on Instagram:

“Unfortunately I have to announce that Ronald and I will be separating. I wanted to be the first to let you know rather than hiding it and putting on a façade for social media.”

But that wasn’t the end of it. She went back to South Africa to see Ronald later this year and it looked as if the two might be working on their marriage. Many thought the split was just scripted drama.

But as of today, it looks as if Tiffany rides out the quarantine at home with her two kids. Her recent photos don’t have Ronald by their side.

Today the mom of two is living life looking fantastic. But the final results of her marriage from her 90 Day Fiance journey are still not known. While it sounded as if they were going to give it another go, there’s no word on where they are today in that relationship.

Come back to Entertainment Chronicle for news on your favorite reality shows.