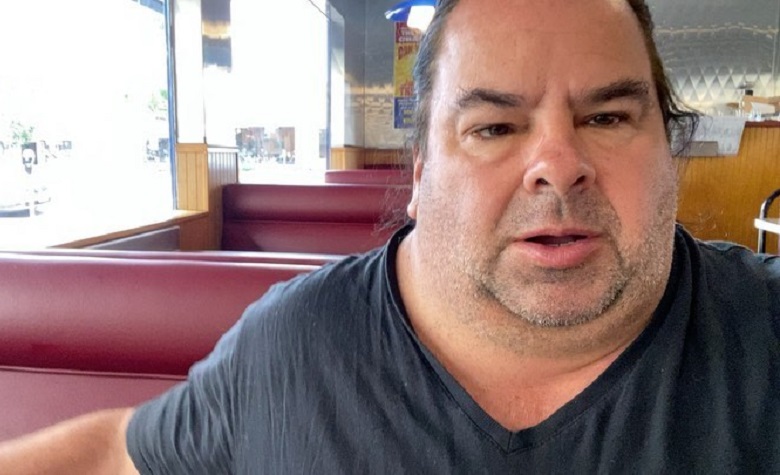 90 Day Fiance star Big Ed is not just special today, no his mom claims her ‘Pony” started out life doing unbelievable things in both input and output. Who knew? Or maybe it’s something you could easily go without knowing how Big Ed did big things all through his life.

But his mom shared it anyway, so here you go. First of all, Ed’s mother has a term of endearment for her 90 Day Fiance son. She calls him “Pony”. Then she offered up the scenario as to how he got this nickname.

In a recent clip online, the 90 Day Fiance celeb, Ed Brown, put the camera on his mother to sing him praises. So what did Big Ed followers learn new about the man who is a bit odd, for lack of a better word?

For one thing, her 90 Day Fiance celebrity son caused his mother to wash a lot of diapers. Ed is 54, so his mother isn’t sure if they had Pampers back when he was an infant.

The reason she couldn’t buy disposable diapers even if they were in the stores back then is simple – he went too much. It seems Big Ed did big things in his diaper too often for his mom’s budget to afford the disposable diapers used today.

Still, Ed dazzled his mom with more talents other than filling up his diaper at a rapid rate. By the way, Ed’s mom said the constant diaper change problem stemmed from him drinking too much as an infant.

So it looks like not much has changed for the 90 Day Fiance man they call Big Ed. While he was one thirsty baby, it looks as if he thirsts for fame today. This guy is doing just about anything he can to keep his fans coming back to his social media sites.

His latest ploy is to put his mom on camera and let her talk about his diaper changes. If Ed’s uncanny ability to go through diapers at a rapid rate doesn’t float your boat – then this might.

It seems Ed started spitting out words, yes real words, at only 4-months old. This also explains how his nickname “Pony” came about. It seems while Ed’s mom would change his diapers she would use big sharp pins to hold them in place.

So, the 90 Day Fiance star was only 4-months-old when she warned him not to touch the pins. She told her infant son they were sharp. Well, it sounds like baby Ed got the message. He started to say the word “pin” and yes – after only 4-months on this earth he could say “pin”.

Imagine having nothing nice to say about Big Ed that you panic and tell him you like his hands#90DayFiance #b90strikesback pic.twitter.com/4SPDZzQJhU

So it sounds as if Ed was a baby genius when it came to phonetics. He could listen to his mom and form the word. But that wasn’t all. Still, at only 4-months-old, Ed started to say “Pony” and the rest is history.

Mom still calls him “Pony” and as far as 90 Day Fiance fans can tell, he’s still got that output thing going on today.