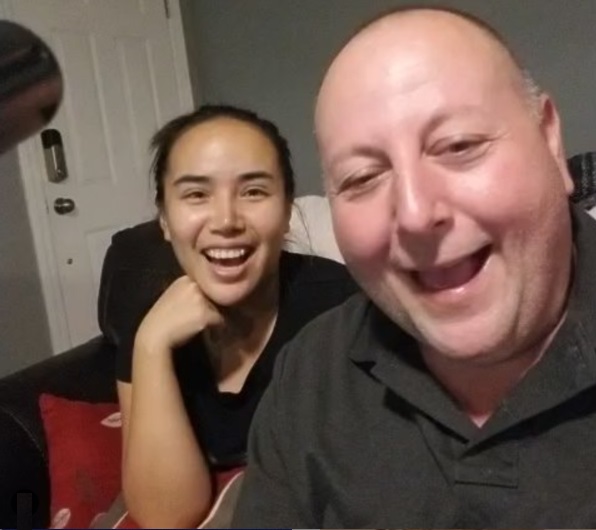 90 Day Fiance celeb David Toborowsky looks like a new and younger man today in his latest online photo as his hair miraculously grew back. David looks very natural with the top of his head sprouting hair.

90 Day Fiance: David Toborowsky and Annie Suwan Never Got Too Big For Their Britches

In this latest photo, they aren’t debuting David’s hair. No, the 90 Day Fiance couple hopped online to support others during this trying time of staying at home.

That’s David and Annie, unlike many other of their co-stars these two never suffered from a swelled head.  They also never claimed to be anything else than who they are – which is, of course,  90 Day Fiance’s Annie and David.

Fans of the TLC reality show know why they are a breakout fan-favorite couple. This duo is genuine.

We just wanted to send love to each and everyone of you. I know many people are stressed over so many things. That is why we always say think positive because with positive thinking creates positive outcomes. We feel we are part of a large family with all the Fans of the 90 Day Fiance Series and that is why we want to send everyone (our big family) love & prayers ❤❤🙏🙏 on this Happy Hump Day. #90dayfiance #90dayfiancepillowtalk #90dayfiancehappilyeverafter #90dayfiancetheotherway #90dayfiancebeforethe90days #TLC

At the very beginning of this year, David pics surfaced with bandages on his head. Then there were rumors suggesting this 90 Day Fiance celeb underwent a hair transplant.

There’s no more speculation today, that man looks to have real hair sprouting out of his scalp where there wasn’t any before. Also, a video of his hair-seeking journey posted online, so it’s the real deal. While hair transplant might be the antiquated way of describing this procedure, it’s basically how this worked.

From what the doctor said in the video below, they transplanted his own hair to the spots that were balding. David tells his 90 Day Fiance followers it’s a hair restoration procedure.

The Expense of It All?

Back in January, the news emerged online that David was in the process of getting a hair transplant. That led to other questions popping up. Mainly people wanted to know how he could afford this procedure.

From all reports, the bill for this hair makeover is in the thousands when it comes to a price tag for the average Joe. But people might forget, David Toborowsk is no average guy. He has quite the following and sometimes the best advertising is from others talking about what they see. 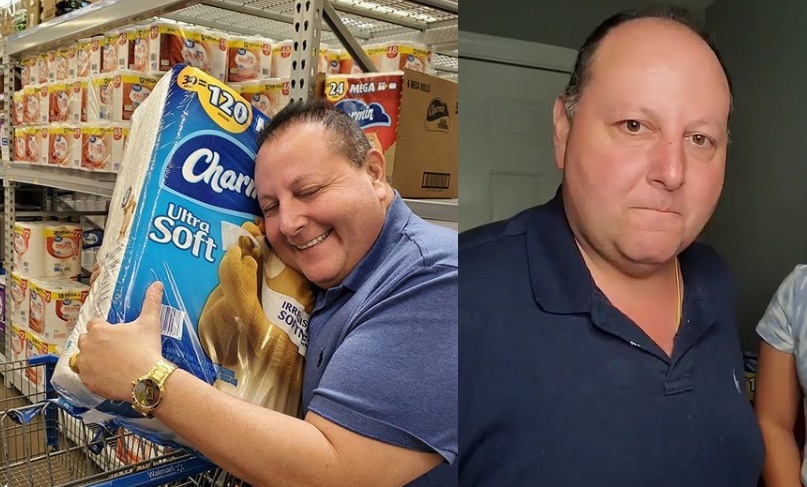 Since he’s joined the 90 Day Fiance series, David’s become a well-loved cast member on the show. He doesn’t offer back views of himself in a thong bikini.

He doesn’t have to wear skirts that just about cover his undercarriage like some of the other 90 Day Fiance stars who rack up the followers. His fans like him and Annie for who they are. That’s the reason he has over 350,000 followers on just one of his social media sites.

There’s a good chance that David, like other 90 Day Fiance stars, did this as a promotion for a hair transplant specialist somewhere. Only time will tell. All the fans can do is keep an eye out for ads and commercials.

With or without hair, most cannot help but like David. Still, he does look great sporting this new look. While he didn’t address his latest addition as of yet, fans can’t help but notice it.

As you browse through his social media sites this latest picture pops out at you. Maybe he signed a nondisclosure agreement not to talk about his new head of hair.

But he can’t keep it under wraps, it’s not like a car or motorcycle you can leave at home parked in a garage. It would be very hard for anyone to keep the top of their head hidden but still go on with daily life.