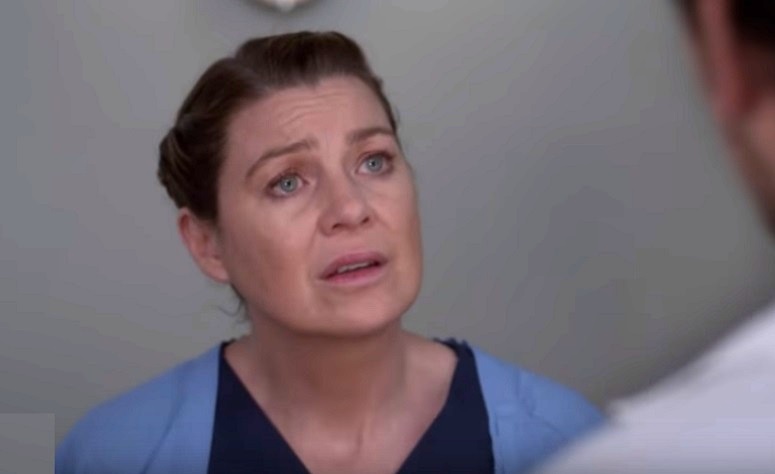 Grey’s Anatomy was not under quarantine for COVID-19 when the upcoming episode for Season 16 was written and produced.  In fact, many doctors left their posts at Grey Sloan Memorial Hospital to attend and mingle during safer times at a medical conference in Los Angeles

ABC described the basis for the fresh episode, set to air on Thursday.

“Richard preps to present his PATH pen at the LA Surgical Innovation Conference but becomes distracted by his issues with Catherine. Maggie and Teddy run into people from their past at the same conference, while Hayes relives moments from when he met his late wife,” the official synopsis read.

For the uninitiated, which likely includes most people who do not work in a medical profession, a PATH pen needs explanation.

Medical Design & Outsourcing demystifies the object. The source says it is “a handheld device meant to help surgeons quickly analyze tissue samples for the presence of cancerous cells.”

Of course, even with Richard’s important diagnostic tool on the conference roster, the episode called “The Love of My Life” does get down to very personal business.

For starters, the show delves into Cormac Hayes’ backstory. The new doctor with his seductive accent may divulge aspects of his marriage. He may do so with someone other than Meredith, who was already privy to info about the doc’s dead wife while he learned about her dead husband. However, she did not make the trip to La La Land so the listener will be a surprise.

At the same convention and given she will gain a certain perspective while away from the Seattle scene of her crime, Teddy will likely look inward.

She will need to work on working out why she has been cheating on Owen with smarmy Tom. Or, she may just confess.

As the synopsis says, Teddy will come across a person she used to know. So, maybe that person will help her unravel the big lie and she will get out of her bad situation. Or, maybe Owen will learn the truth, putting their relationship in jeopardy, big time.

Then there’s Maggie, fresh off her relationship with Jackson. If all goes well, she could find love again in Los Angeles. Or, at least that’s what it looks like in the above clip.

And, by the way, the guy taking charge — or so it seems — is a hunk (meet actor Anthony Hill). So, there’s that.

We're so excited to welcome @anthilll as a guest star on #GreysAnatomy tomorrow!

He could be headed for another round — or a bunch of rounds — with his nemesis, booze. That could come to pass if his life doesn’t get better.

Separated from Catherine, the affable fellow has appeared to be clueless in previous episodes about how to venture forth. Getting some space (or not?) from his wife while in another city could clarify things, allowing Richard to either get back in gear or skid off the road, crashing into the unknown. OK, it’s confusing.

To find out what happens, tune into Grey’s Anatomy on Thursday night.

Grey’s Anatomy for Season 16, Episode 19 airs March 26 at 9 p.m., ET on ABC. Streaming episodes can also be viewed the next day on demand and on Hulu.

Mama June: From Not to Hot – Family Crisis: No Childhood for Alana?
Prince Charles Tests Positive For Coronavirus – Negative Test for Camilla
‘Sister Wives’: Janelle Turns to Romantic Memories of Kody During Coronavirus Shut Down?
‘Mama June: From Not To Hot’ Season Premiere: Pumpkin Explains It All
‘Keeping Up with the Kardashians’: Kim Finds Pain In Fashion – ‘Hold It’ – No Bathroom for Hours