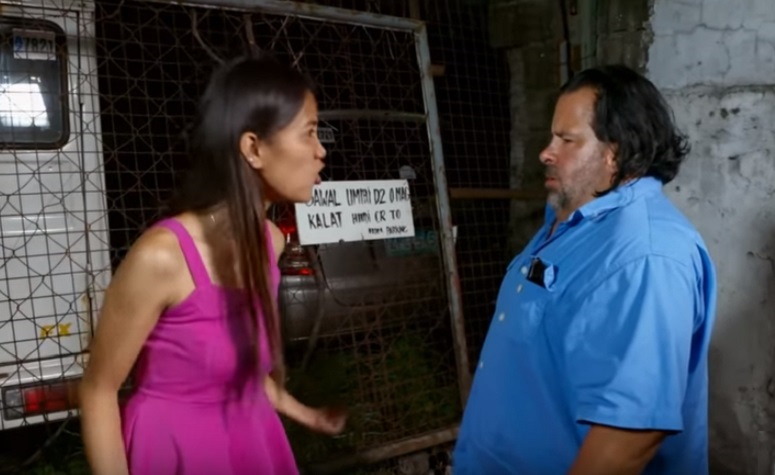 90 Day Fiance: Before the 90 Days star Big Ed does a few things that irritate his young foreign love interest, like his tendency to sweat profusely. At 54, Big Ed has a lot to handle when it comes to 23-year-old Rosemarie. For one, he needs to believe it’s really him that she’s interested in.

So far this 90 Day Fiance couple failed to convince most of the fans there’s a long shelf-life potential for the two of them. When Rosemarie sees an open wallet as an invitation to help herself, well that pops up a huge big red flag.

The 90 Day Fiance American star doesn’t do well in the Philippines when it comes to the heat and humidity. When Big Ed went to the market with Rosemarie, this did nothing but highlight his excessive sweating for his possible future bride.

Then there was the 90 Day Fiance: Before the 90 Days scene that would attack any guy’s nerves. That’s when Ed’s wallet opened up and Rosemarie stepped in like it was her own personal ATM machine. This got Ed a bit nerved up and Rosemarie confessed she doesn’t like this side of Ed.

Big Ed took Rosemarie shopping in a crowded market on the last episode of #90DayFiance: Before the 90 Days! He had challenges with the heat, and with Rosemarie taking his money out of his wallet! What did you think of their shopping trip? pic.twitter.com/nESrqVKzbM

Now heartbreak surrounds both Big Ed and Rosemarie after a request made of her on last week’s 90 Day Fiance episode. It seems Rosemarie has the tendency to skirt Ed’s inquiries about her past. This has made him suspicious. After they spent the day together he asked her at dinner an over-the-top request that ended in tears.

His suspicions got the best of him and he asked her to take an STD test. He tells his 90 Day Fiance partner that he doesn’t trust her. She refuses to discuss ex-boyfriends. She won’t even talk about the father of her 4-year-old son Prince. Not to mention the thousands of Facebook friends she’s accumulated. This all doesn’t sit well with Ed.

Rosemarie was mortified and as the tears flow, she tells Ed that she’s hurt. If that’s the case, she wants Ed to get one too because she doesn’t trust him either. But he apparently doesn’t trust the labs in this country and agrees to do one in America.

So all this talk about STD Tests gets them nowhere but it does put them in pain. Ed walks away but Rosemarie soon follows to spout off the answers to Ed’s past questions.

She now tells Big Ed that she only had two boyfriends since she split with the father of her son. Rosemarie tells Ed that she doesn’t want to talk about her son’s father. That’s because he’s moved on and now has a wife.

That’s all Ed wanted in the first place he tells his 90 Day Fiance hopeful. But the damage is done.

Rosemarie’s take on all this – Ed doesn’t trust her. She also thinks her new love interest thinks of her as … “a dirty woman”.  She wants to go home alone. Despite Ed attempting to apologize, this doesn’t do anything. So it doesn’t end well for Big Ed.

Rosemarie is heartbroken and goes away alone in a taxi after Ed got a separate hotel room for her. Now without Rosemarie, his heart is broken and he tells the TLC show’s cameras he’s given up on love.

Come back to Entertainment Chronicle for all the news on 90 Day Fiance: Before the 90 Days.