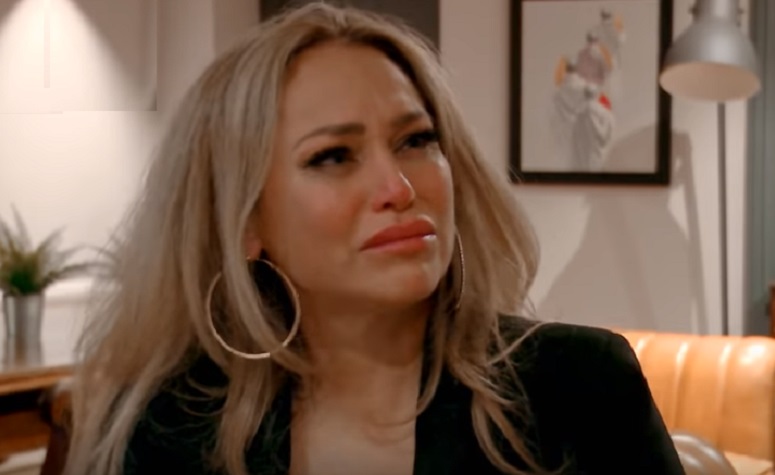 What else is there to say about Darcey Silva whose tears stream like clockwork on the 90 Day Fiance series, including this season of the TLC show? Plenty, it looks, like as she very well might earn the unofficial title for the queen of the reality shows if she adds any more series to her long resume.

90 Day Fiance: Before the 90 Days – Darcey Silva Had Her Tentacles Out for a Millionaire

Fans of the 90 Day Fiance show probably know Darcey Silva better than most of the other contestants. That’s because she appeared several times on the various 90 Day Fiance series.

She’s also noted for attempting to find love with two different men on the same series, in two separate seasons. Her first love interest on the TLC series was a bust. She fell in love with Jesse Meester but it was more like a battle than a love affair.

Now the latest bloke she attempts to reel in is Tom Brooks. But that appears to be headed that same way as her first go at it in front of the TLC cameras.

Darcey Silva says fans will see a more empowered side of her this season on #90DayFiance! https://t.co/mfiGHzuQBs

Darcey started to soothe her hankering for reality shows long before her TLC days. She and her sister Darcey filmed a pilot for a show called The Twin Life but it was never picked up by a network.

Looking For Love In All the Wrong Places?

The mom of two from Connecticut even tried her hand at, or voice at, a dance song with her twin sister Stacey. Critics suggested it hurt the ears. So, maybe that’s why it didn’t get much traction. The 90 Day Fiance veteran also tried out for the show The Million Dollar Matchmaker.

It seems Darcey has been looking for love for a long time now. So when she got the chance to try out as a contestant she had to go through a process. She wasn’t just thrown in front of the cameras with the millionaire. She never got a chance to even woo him. Nope, Darcey had to pass the question and answer interview with the panel, including the show’s host Patti Stranger.

The millionaire who was up for grabs at the time was 46-year-old, Scott Baldwin. But it doesn’t appear that Darcey made it past the interview part of the show. So it sounds as if she never got the chance to lay her eyes on the guy.

90 Day Fiance: Before the 90 Days – Look at What the Millionaire Missed

Darcey was asked how she’d like to date a man who has an adorable little daughter in the millionaire show’s interview. The future 90 Day Fiance star answered that she “loves children”.

Where ever Scott Baldwin is today he could see what he missed by tuning into 90 Day Fiance: Before the 90 Days this season. Or he can binge-watch Darcey in all the other TLC reality shows she’s been on.

What do you think, will this millionaire feel like he missed his chance at love with Darcey? Or will he thank his lucky stars and appreciate the show’s vetting process? You decide. Check out Darcey on the TLC series Sunday nights at 8 pm EST.

‘Sister Wives’: Janelle Turns to Romantic Memories of Kody During Coronavirus Shut Down?
Mama June: From Not to Hot – June’s Nip and Tuck Look Unravels, Now Daughters Give It a Try
‘This Is Us’ Season Finale: An Emotional Family Gathering
Prince Charles Tests Positive For Coronavirus – Negative Test for Camilla
‘Little People, Big World’: Amy and Matt Roloff Argue Over The Future – Season 20 Sneak Peek