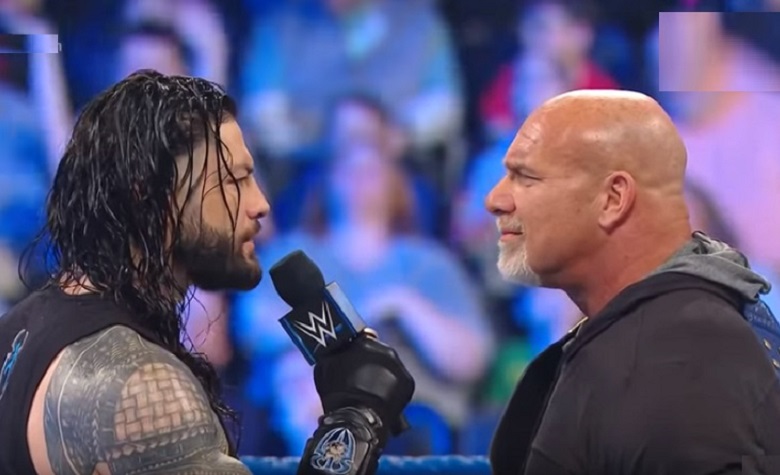 WWE heartthrob Roman Reigns won’t have a chance against Goldberg who defends his WWE Universal Title at Wrestlemania 36. But that’s only if you listen to the defending titleholder Goldberg talk down his WWE opponent, Reigns.

Die-hard fans of Roman Reigns have a different idea where the Big Dog will take this opponent. They don’t believe Goldberg will end up the winner of this WrestleMania 36 match.

Goldberg remains confident the WWE Universal Title will remain his, despite all the talk about the spear against the spear. Both Roman Reigns and Goldberg possess a powerful spear in the WWE ring.

But Goldberg believes this WrestleMania dream match belongs to him as his spear is better than the one the Big Dog delivers. Then Goldberg offers details as to why he thinks his spear wins out. 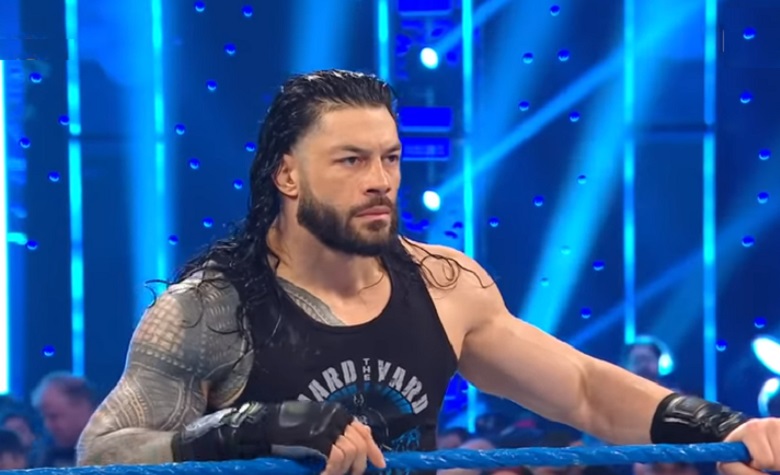 Goldberg and His Spear

A spear is also called a shoulder block takedown. It’s a powerful move that’s taken down many WWE wrestlers in the ring. This strategical attack packs some power when the wrestler delivering the move charges their opponent as they stand in the ring.

The wrestler who delivers the spear jumps while bringing their body parallel with the ground. At the same time, the attacker drives his shoulder into his opponent’s midsection. This move is like a tackle that forces their WWE opponent down on the mat.

Both Goldberg and Roman Reigns are two big guys. So when their full body weight comes at their opponent, some pain is usually involved. So what makes Goldberg so self-assured that his spear will do the trick over what Roman can deliver in the ring?

Goldberg claims he doesn’t use his spear to make contact. He delivers a spear so it goes right through people. When it comes to Roman Reigns, Goldberg sees this opponent as more theatrical with his spear in the ring.

But for Goldberg it’s different – he’s just out to hurt someone, claims the defending WWE Universal Title champion. The Big Dog is no small guy so tackling him is like throwing yourself against a brick wall. Goldberg has been known to hurt himself in the ring delivering that move. So how will this go over at WrestleMania?

With WrestleMania 36 right around the corner, WWE fans can judge these signature moves for themselves. So, when Roman Reigns gets into the ring with Goldberg it’s time to compare their signature spears. WrestleMania 36 takes place Sunday, April 5, 2020, at 5:30 pm EST.

Check back with Entertainment Chronicle for all the news on the WWE.