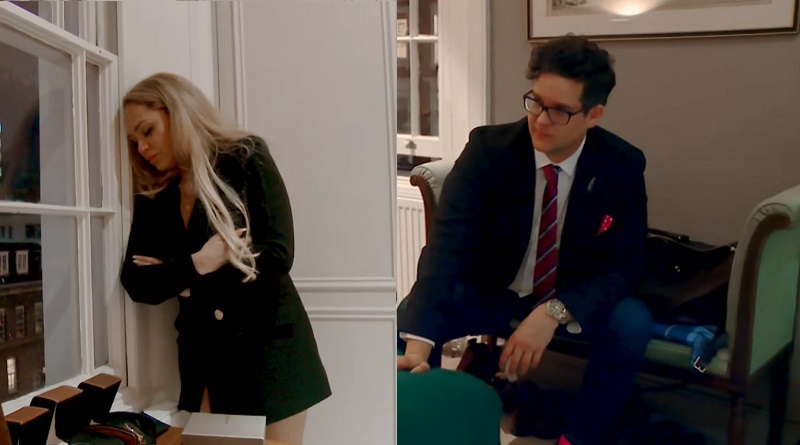 90 Day Fiance: Before the 90 Days fans are hooked on Darcey Silva and Tom Brooks as this new season puffed up their drama almost immediately. Viewers of the show are in awe over Darcey who doesn’t attempt to hide her desperation to hook a man from the public.

Tom, who came off like a deer caught in the headlights, seemed to suffer a rude awakening from his long-distance love interest. Darcey thought nothing of turning to the 90 Day Fiance camera and saying she didn’t want to look desperate.

But the viewers let her know that desperate ship already sailed. This week on 90 Day Fiance Darcey literally cries until Tom agrees to sleep with her. After Tom walks Darcey into the Airbnb he rented for the couple in London he points out separate bedrooms. Boom… that takes the wind right out of the glam girl.

Darcey takes this as an insult and she starts crying on next Sunday’s 90 Day Fiance episode. Tom thought he was treating her like a lady. He even tells Darcey he thought she wouldn’t want the kind of man who immediately pins her on the top of the piano so the two can go at it. Tom acted as if he wanted an old fashioned type of courtship.

At the very least this guy wanted to see where their relationship went after first meeting face to face. Not Darcey, apparently she wasn’t about to spend one more night alone in bed. So after she puts on quite the long whining and crying show Tom breaks down and agrees he’ll join her in bed.

Social media sites lit up with comments about Darcey and her desperation. Tom came off to fans as a gentleman who might be barking up the wrong tree. But…  Maybe Tom has some bats in his belfry as well. 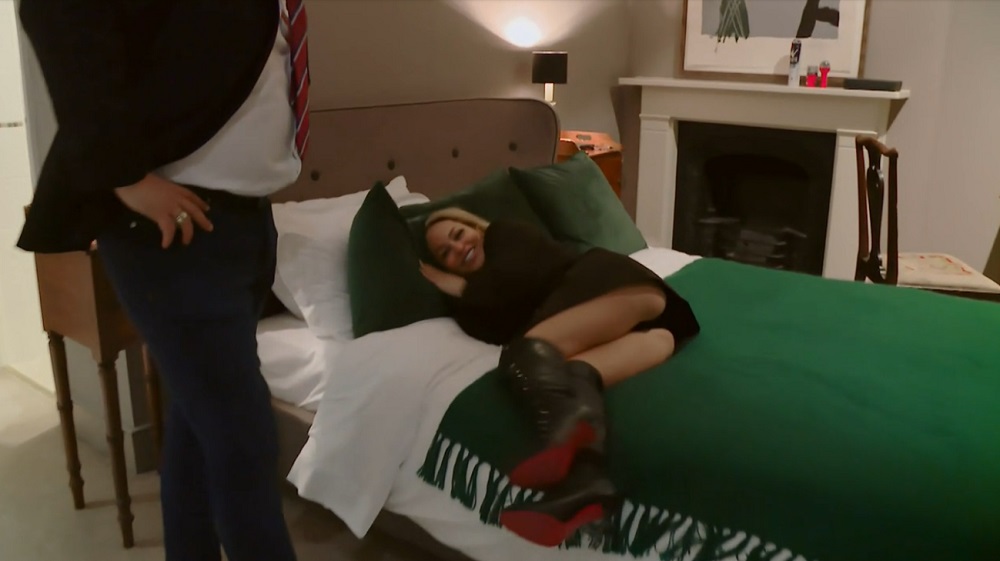 Does Tom Brooks Have Bats in His Belfry?

It’s not known if Tom watched the 90 Day Fiance: Before the 90 Days season that showed Darcey’s first train wreck with Jesse Meester. But the TLC reality show is on TV in the UK. If Tom was having a long-distance love affair with this mom from Connecticut, wouldn’t he do a little searching online? And in that search, he would have come across plenty of Youtube clips of Darcey and Jesse in action.

Darcey’s insistence on getting her own way is nothing new. Look what happened when Jesse didn’t cut the steak like she suggested – on the bias. With just a click of a couple of keys, Tom had to find something that would make him open his eyes. Like maybe this woman who he sees as “emotional” today was like that before he came along.

So why would this guy who looks like the epitome of an English gentleman want to get wrapped up with Darcey Silva? Was it due to the prospects of fame that 90 Day Fiance could grant him? Unless Tom Brooks is one terrific actor, the bloke looked almost scared through Darcey’s first meltdown on British soil.

It looks like Tom finishes the season out with Darcey Silva as his 90 Day Fiance partner. So either Tom enjoys the tortures of an emotional girlfriend or he never saw Darcey in action with Jesse Meester on the show. Or if he did happen to see it, maybe Tom honestly believes the right man could tame Darcey. Then there’s always the lure of fame that might have hooked him?

Don’t forget about Darcey’s habit of bringing Jesse into the conversation. How much more of this will Tom take? Let’s face it, she’s already given him enough reason to run, yet he stays and offers to “cuddle” in bed.

One thing is for sure, Tom Brooks has a lot of fans scratching their heads today over what he expected to get out of this. As 90 Day Fiance rolls out new episodes, fans will be watching to see just how much this man can endure. Since Darcey isn’t about to stabilize in the emotional department overnight, what will Tom do next?

Be sure to watch Darcey Silva and Tom Brooks mix it up in the coming episodes of 90 Day Fiance: Before the 90 Days. The show airs at 8 pm ET on TLC Sunday nights.

Come back to Entertainment Chronicle for the scoop on reality shows, television shows, and soaps.